One week in a full sized town house and one week on a boat in the marina. How's that for a taste of the Hobart Lifestyle.

Imagine living the good life on an small island just south off of the coast of Australia. And all the way, almost on the south end of that island, there is a town. Big enough to call a city, but lets be honest and call it a supersized village. It goes by the name of Hobart. The island was originally named Van Diemen's island, but these days people called it "Tassie", short for Tasmania. I'm quoting a television advertisement now, that airs frequently here in Australia; "Hobart, the way life should be." 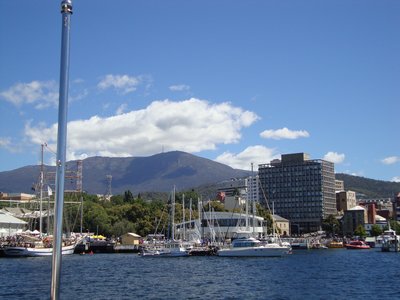 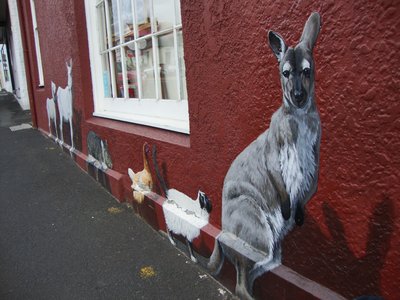 It doesn't necessarily have a proud history, especially if you look back to what happened to the indigenous people, the Tasmanian Aborigines, but it does have lots of character. I can tell you that much. As almost every other town in this country, Hobart started off as a penal colony and got to where it is nowadays without too many hick ups. A beautiful town set smack in the middle of magnificent surroundings... Tassie is not a bad place.. No, no.

Thanks to Helpexchange, the organization we use to travel around the world, we got to be introduced to Lynne and James (plus family). They needed some help with fixing up a town house, they were planning on renting out soon again. They got us set up very nicely, so we could do the work while living in the house by ourselves. Their generosity and trust in us, made this definitely an authentic "How is town life in Hobart like?" experience for us. So after a week of exploring Hobart and finishing the work, we moved on to their not so shabby boat named Intuition, located in Sandy bay marina. 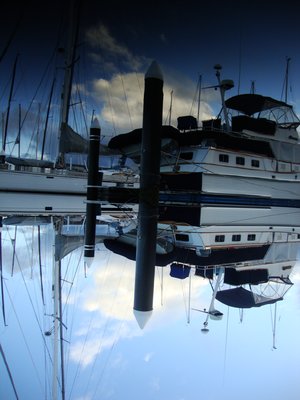 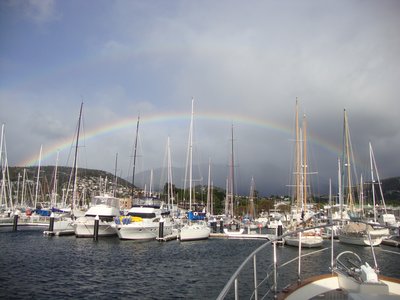 Same story here, we got very nicely set up and spent time sanding the wooden railing. It was a majorly fun yet different experience. Usually we get a separate bedroom or something similar, to see as our temporary home away from home, while staying at these HelpX places. This time it was a bit grander and worth writing home about for sure. I found out I don't really get seasick, but I do got a bit of a case of land sickness. Every time I would get on the mainland, I'd feel a bit unsteady on my feet and woozy in the head. As long as I kept moving, everything was fine though.

Hobart is the friendliest town we've been to so far in Oz and the fact it's surrounded by lots of water, doesn't make it a terrible destination either. On Valentine's day we spent an extremely sunny, afternoon boating around. I got to catch my first fish EVER. 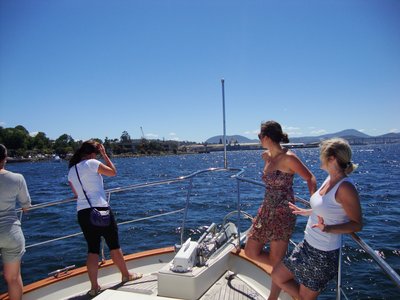 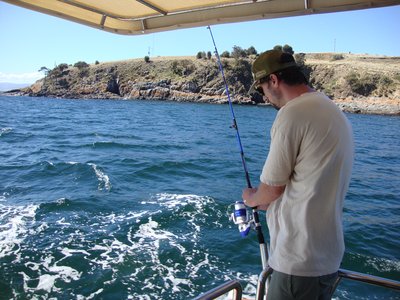 Simply awesome.
That's all I have left to say.