Stunningly beautiful Wineglass Bay is probably the most populated tourist attraction in the whole of Tasmania. Hoards of colorful campervans and tour buses unloading visitors of many different origins and ages, indicate that you’ve arrived at a pretty special place. We hitchhiked our way up the east coast all the way from Hobart to this overcrowded, yet still amazing destination in about 2 hours and a half. Which for us was probably a personal record. Several times along the way, we barely had our thumbs sticking out in the air or a car had already stopped to offer us a ride. To make sure you understand exactly how smoothly this hitchhiking trip was, we beat the same campervan three times. Every time after we got dropped off and they had spotted us yet again, they waved at us. But still no ride from them though. I thought they would have gotten the message, but then again we could have been sending out the wrong one. Obviously we had gotten there without their help and pretty damn fast. 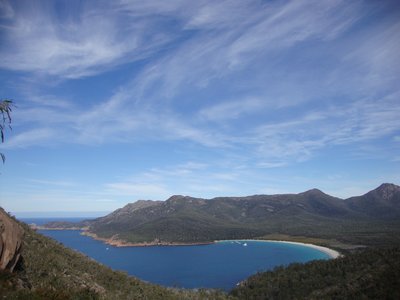 There’s a moderate hike involved to get to the lookout point, which gives you a massive overview of the area and the Bay. To actually get there, there’s another hour or so, depends how fit you are, down the hillside. By then you don’t really need to worry anymore about being overrun by other day hikers. Only about 30 percent makes the effort to hike down to the beach, which is a shame. We planned on camping 2 nights on the peninsula. Unfortunately we had to stick to one campsite, on Wineglass beach, as we didn’t have a place to leave all of our stuff we didn’t need behind. So we hiked in with all that we own on our backs. 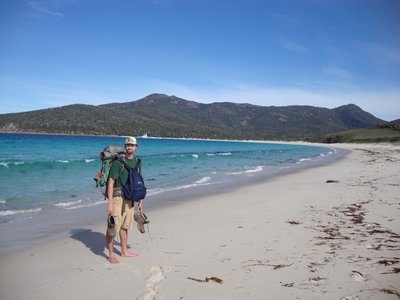 Pretty heavy, let me tell you that but we made it without panting too much. First thing we encountered, when we arrived down at Wineglass, was the wallabies. Uninformed selfish tourists (screw the rules for a picture, right?) have been hand feeding them. In return creating these tame daring little wallabies. One cheeky big one, probably that huge because of the easy food access, just carelessly hopped over to where I was sitting next to the tent with the open daypack containing our lunch in between my legs. The mischievously cute daredevil had his nose down the backpack before I even knew it. Now, you have to realize this was my first close encounter with a wild marsupial and I noticed the size of his claws. Especially the sharpness of them. So naturally, not knowing if it potentially could act up and decide to scratch my face, I didn’t dare to push it away. I got up and yelled no at it, like it was a dog. Hilarious to onlookers, but I did the trick. 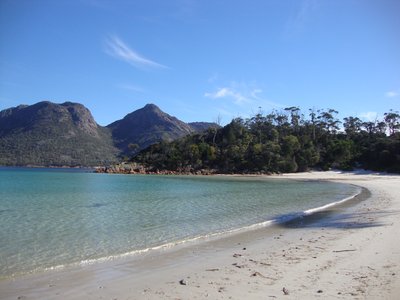 The whole peninsula is a not to miss destination on your maybe future Tassie trip. Plentiful of wondrous hikes, beautiful camp spots and an abundance of local wildlife. One hike we did easily, was to walk across the thin part of the peninsula to Hazards Beach on the Great Oyster bay side. At once, after your arrival on the beach, you understand why the naming of the place involved oysters. Thousands of oyster shells, some very pretty and shiny, some almost fossilized, cover the entire length of the beach. It’s hard when you’re backpacking around and have to resist taking some extremely glittery ones home with you to show to your family or just as a remembrance of an amazing time spent on the Freycinet Peninsula. 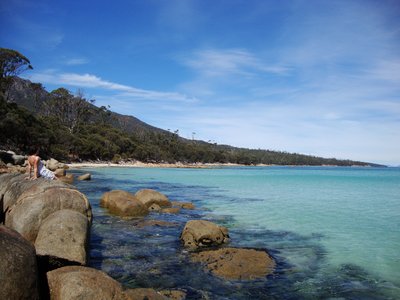 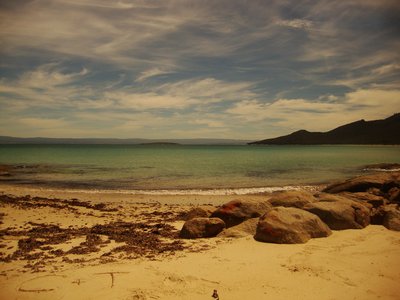 There’s a steady flow of young backpackers and old and wise local hikers, passing though Wineglass bay’s camp site every day. (Certainly during peak season) It’s from one of those locals, we heard why precisely this gorgeous bay is called Wineglass. Back in the day, they used to trap whales into it, to slaughter them more easily. Therefore the bay, shaped like a wineglass, colored blood red during these events. Like a glass of red wine. Sad story, yet it is part of the local history. It’s just not so fun to hear when you have an imaginative mind like I have. Anyways.. Hooray for the Sea Sheppard, who actually just anchored in Hobart. Alas even though we are in the area (very, very close), we won’t be able to go pay them a visit and give them a pat on the shoulder. The local ‘FBI’ has closed the area off and is continuing to investigate the ships. Anyways.. Well done, boys! I heard there was a party in one of the local Salamanca bars. I bet they have lots of groupies by now… 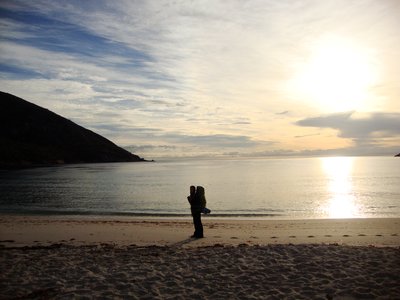 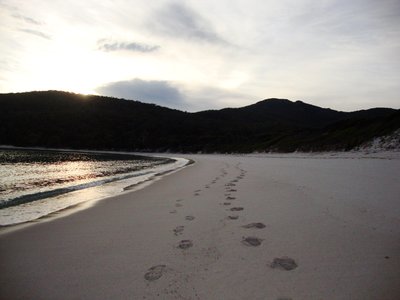 The last morning, we woke up relatively early and started to hike out before the sun got too high. It was a very special feeling to turn around, glance one last time over Wineglass Bay and see that the only footsteps you could see, were yours. It was an unusually quiet morning. You could hear merely hear anything but the sound of the calm small waves rolling in. It probably only lasted for another hour before another day of being overrun by tourists began. I put my faith in the Tasmanian park rangers, to keep this wonderful place safe.

A Flemish Girl Down Under.