A little something called a hostel.

One thing you might not have known about Australia but you definitely need to is the standard of living here is quite high. Think Scandinavia. A month’s wage for an average nine to fiver down under will be triple yours. So automatically everything becomes more costly. Backpackers will return home having had to cut their trip short or having spent a whole lot more than originally anticipated. That’s where the extremely popular Working Holiday Visa comes in. Australia has it down!

Bring in young travelers from all over the world and allow them to stay in the country for a whole year. You can even earn points by working some time in agriculture and get an extension for a second year. So Oz has all these foreign youngsters running around spending their hard earned cash at a faster rate than they would have if they didn’t have the opportunity to just get a job whenever they were running out. Plus they will go for all the shitty jobs Australians don’t want to do anyways. Make them pay taxes like anybody else and voila… they can go spend again. 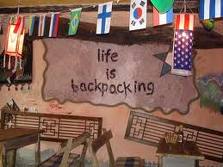 And Australia scores! This could only be considered as a win-win situation, wouldn’t you agree? Now, where are all these backpackers going to go. Who’s going to help them find a job? Where are they all hanging out while looking for employment? Where do they go to make friends and have a good time? The answer is very simple. It’s a little something called a hostel. Hostels are the gateway to anything you could need. Even more so here in Australia because of the huge backpacking culture. Hostels in the major cities for example are thriving and therefoe an extremely lucrative business. Enormous buildings with endless hallways filled with one muggy dorm room after another. Grubby carpets and slow rotating fans. Buzzing vending machines in lonely corners. How much for one night you ask? Let’s say about 25 AUD per night and there’d be a minimum of about 100 beds in your standard hostel. You do the math! You can be sure to be booked full during summer as the northern hemisphere is trying to escape the cold of another icy winter.

There’s a reason why I, personally try to avoid staying in hostels. For one, I’m getting older and I do not wish to be kept up during half the night because this 18 year old can’t hold his liquor and is puking his guts out right outside my door. When I was still single and traveling by myself I got my use out of hostels but nowadays I’ve got everything I need right by my side. So when I do stay in a hostel, it feels without a doubt more like an inconvenience. This time around the necessity of finding one of these impersonal crowded places was because of the rain. It’s has been coming down non-stop for about a week now. We were supposed to go camping in one of these gorgeous national parks, but let’s be honest. That’s not exactly a whole lot of fun in the rain. We decided to cut our hitchhiking slash camping trip short. Being miserable and drenched was not on our list. We could have gone couch surfing but that requires a couple of days of emailing back and forth. Especially for big cities like Melbourne. So here we are..

If I was asked to write a review for this particular hostel, it wouldn’t be a very positive one. It obviously has grown out of proportion and has become exactly what every hostel should try and strive not to become. There’s nothing welcoming or pleasant about a place like this. A lobby crammed full with cute little Asian girls chatting away on their laptops. A kitchen lounge area where packs of single young males are loudly displaying their testosterone levels. A bar and restaurant with so called cheap prices, but in reality they charge more than the pub next door. Staff that moves around like zombies. Wireless internet access should be free, but this one charges 10 dollars a day. Towels should be free as well, but here they charge 2 dollars and a 5 dollar security deposit. The kitchen area should be accessible to anyone, should they ever need to use it at any given time. It closes between 10pm and 7am. And the list goes on. Every aspiring hostel should do their utmost to not become such a soulless place. 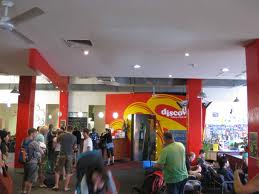 I must admit that the thought of starting a business like this crossed my mind a few times by now though. I would envision a more secluded place like the Big Island of Hawaii where we just were or maybe an elusive, beautiful country like New Zealand. It would have the maximum capacity of 20 guests. Five rooms with 4 beds. Each room would be decorated differently with memories of all of our travels in mind. There’ll be no MTV playing on a flat screen in the back ground, but there will be a extensive library and tremendously comfy couches. There’ll be colorful inviting hammocks in the backyard hanging in between our fruit trees. A wide porch surrounding the building for socializing over drinks during the most gorgeous sunsets. No curfew and no extra charges. I could daydream all day, every day about a potential little paradise like that…

Signed,
A Flemish girl down under.